at Book & Bar in Portsmouth, NH

It’s all about people in the arts whom I’ve photographed either off or on an stage, that I’ve known, or still know. Some are politicians, street people, and a few convicts. 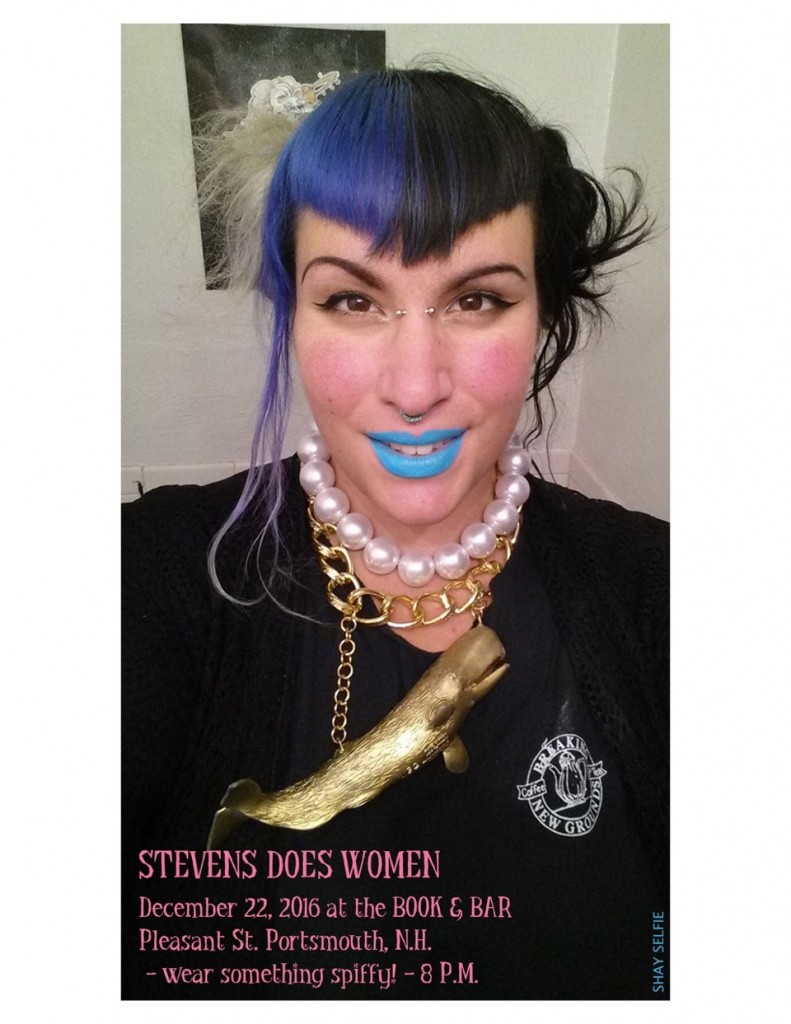 Check out the interview in the EDGE with Chris Hislop. Then, get to the show tonight at Book and Bar in Portsmouth, NH at 8. 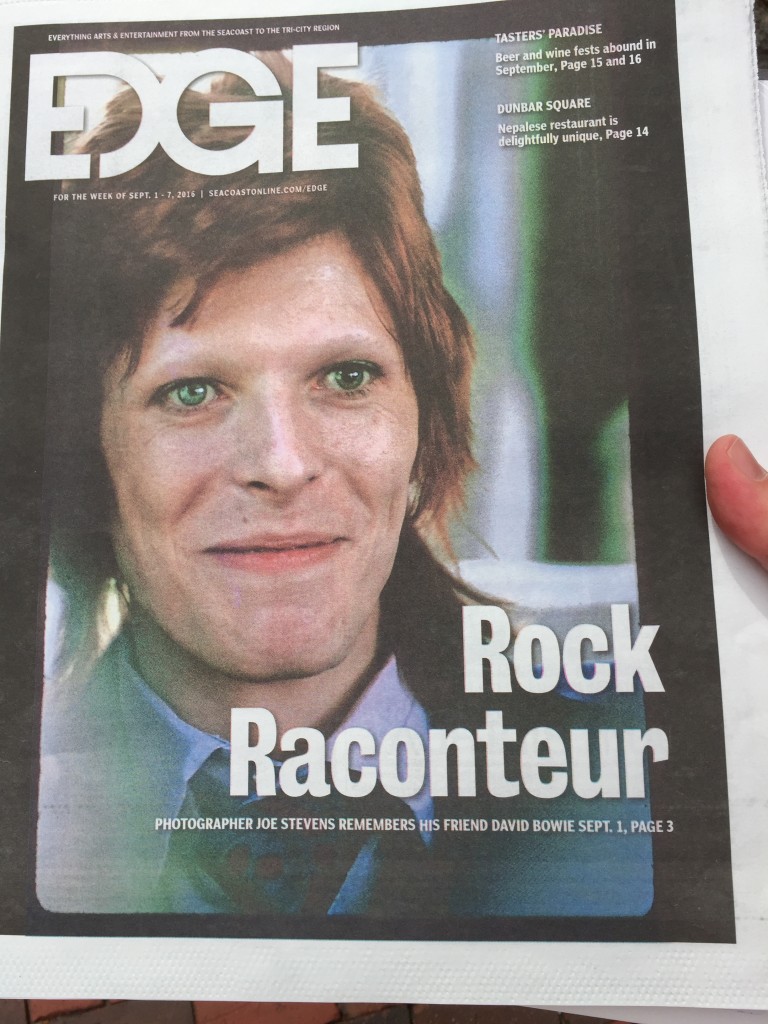 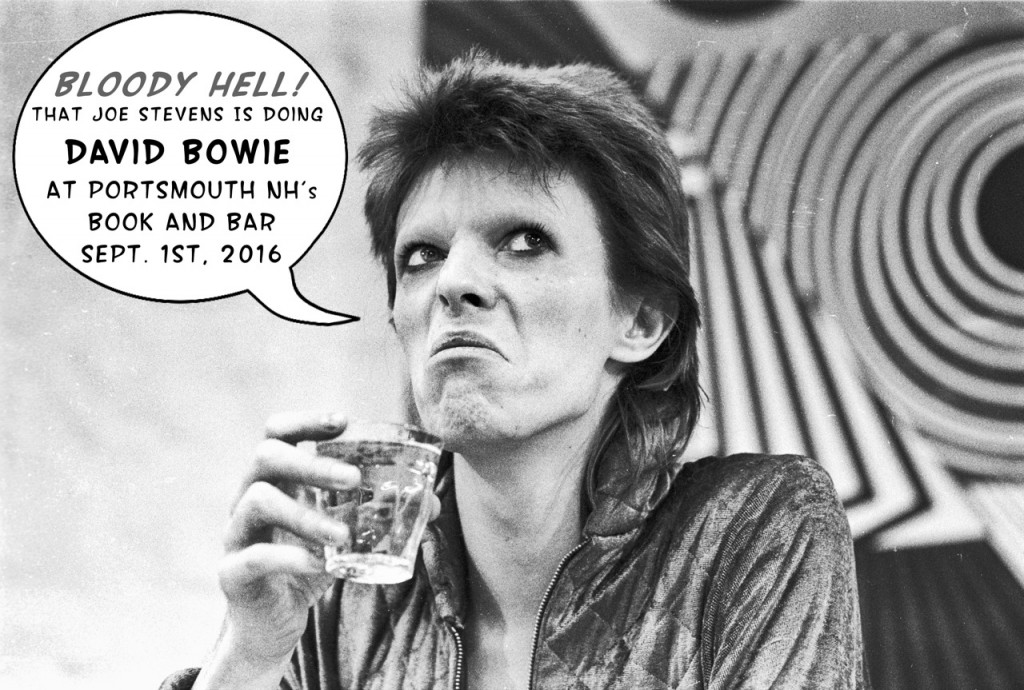 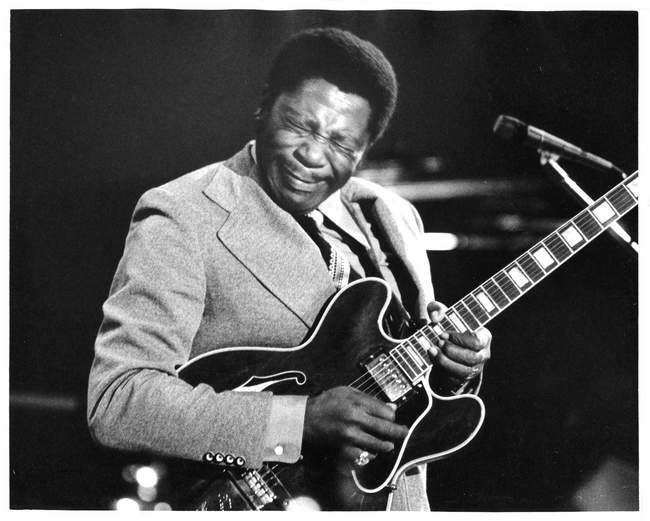 Below is a brief excerpt, but go here to check out the full article.

The world lost B.B. King on May 14, 2015. By now, that news isn’t new.
And while folks have been liberally tossing around the name of King’s biggest hit, “The Thrill is Gone,” as a catchphrase to tidily sum up the passing of the blues giant, the truth is the body of work King left in life will live on forever. The thrill will always be present when folks get to talking about, or listening to the blues. Lucille’s sweet tone will never die.
The word “legend” is far overused by those writing about celebrity, and those pushing tickets to live performances worldwide. In reality, “legends” are few and far between. One can certainly refer to King as a legend, but he far supersedes that. He was an icon, admired by the likes of Eric Clapton, Keith Richards, Derek Trucks, and legions of other prodigal rock heroes. He did a lot of talking in the few notes he played. The ideal of beauty in simplicity — of less is more — is exactly how King played it. He let every note ring as if it was the most important note he was ever going to play.
He treated his guitar, Lucille, with dignity, respect, and a whole lot of love.

Go here for the full article

Joe Stevens, will bring his pictures and stories to Sonnys Tavern in Dover New Hampshire September 13, 2014 (8pm). This time its – The Sex Pistols. Stevens will digitally present his 70′s Brit/Punk pictures, and speak of his reason for taking them. Attendees are encouraged to effect their snarliest behavior.

Says Stevens, “Yeah, I was fed up doing pictures of Yes, E.L.P, E.L.O. & 10CC,for the N.M.E. I loathed  the music, the pretentious capes, platform shoes, billowing hair, and keyboards in the round,”

“Along came this kickass, not heavy on musical talent, London foursome – The Sex Pistols, scamming me for cigs and beer, causing utter chaos wherever they played, and providing my cameras with exciting pictures. And I was back in action.

My contacts in the news media had to catch up-quickly. Me and a few others had the first pictures of the coming storm. Johnny Rotten and Co. wrote songs that related to the No Future plight of the British teenager.

The look was entirely thrift shop, few had a pot to piss in. My earnings from getting those early punk rock pictures published provided many a lager for my friends.

This show that Im doing at Sonnys will contain hundreds of those pictures,and my narration, If you dont mind.” 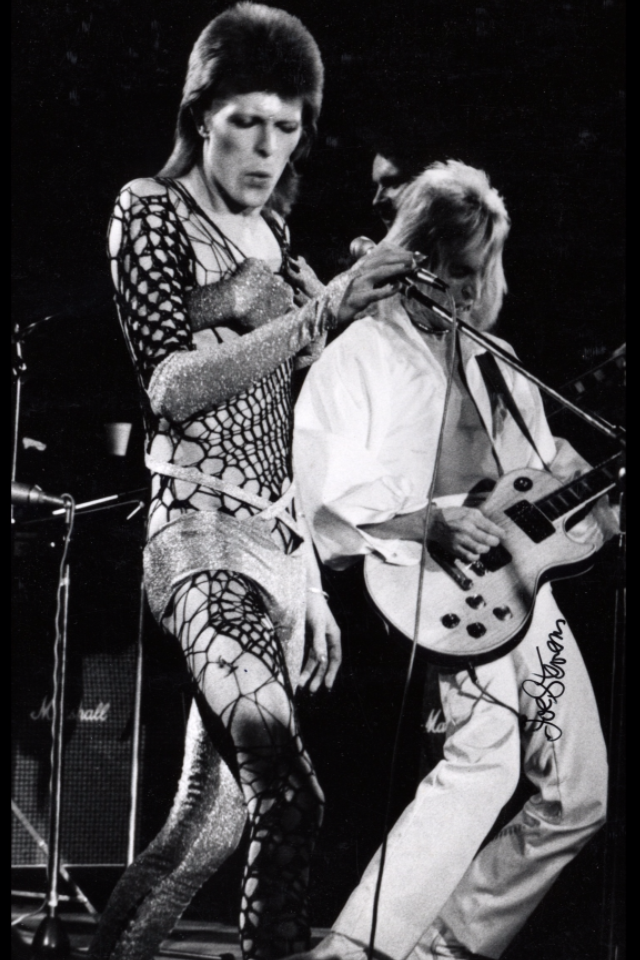 On July 25, 2014 at Sonnys Tavern in Dover, NH, Joe Stevens the photographer, will do a digital slideshow of his David Bowie pictures taken from the 70’s thru the 80’s in London, Paris, and New York. He will narrate the circumstances surrounding the taking of his pictures, the tours, the decadence and speak of the fabulous music by the Thin White Duke. It may be a night to remember. Appropriate dress (Aladdin Insane?) is encouraged. 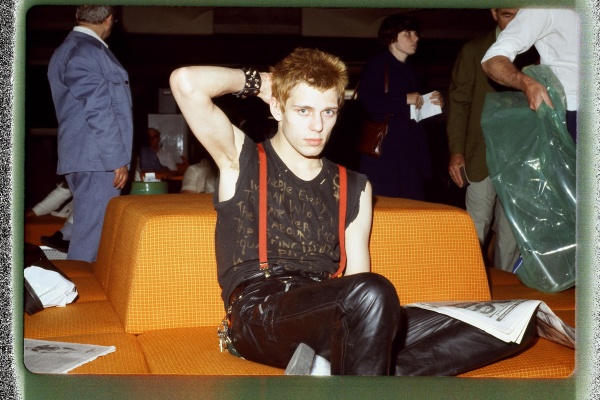 On Oct. 12 @ Sonny’s Tavern in Dover, New Hampshire, Joe will join a local Clash cover group to narrate an digital slide show of his pictures taken of the band in places like Montego Bay, Paris & Jersey City. Show starts at 9pm. Wear some cool threads.

What sort of stories will you hear and see?
How about the night I shot the 101′ers? They were doing a show with the Sex Pistols at the Nashville Rooms, a pub in Fulham, London, near my flat.

The pistols were friends and fantastic to photograph-so I went.

To warm up my cameras I took a few shots of Joe and his band finishing up their set, then headed to the bar.

The Pistols were taking the stage, while Strummer (who I knew vaguely) and I tried to get the bartender’s attention. Lagers in hand we had our first chat. Rotten and company were in good form, when a fight ensued between the audience and the band. The crowd, sweaty and hammered exploded.

The Sex Pistols were doing their best to beat the hell out of the audience. Joe Strummer was stunned, and apparently retired the 101′ers and began forming The Clash soon after.

Because, as he has said- “I’ve seen the future and it ain’t another British Blues band.”

Thanks to My Friend Dan for the vid. 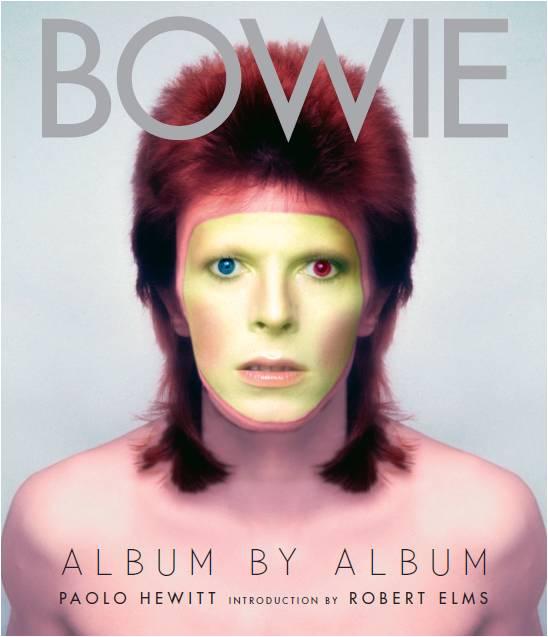 The cover of “Bowie: Album by Album”

There are a mountain of monumental moments in Joe Stevens’ career as a rock photojournalist. If you know him, you’ve heard one of his larger than life stories. If you don’t know him, but hang around the Seacoast arts community, you’ve likely heard a community member recite one or more of his magnificent (true) tales. One subject he’s very keen on is David Bowie. Before you can even finish asking who his favorite subject was to shoot back in his heyday, Stevens quickly blurts out Bowie’s name.

“There are people that earn their living taking pictures of fashion shows, which are sound-tracked and lit like a rock ‘n’ roll gig,” said Stevens over a cup of coffee recently. “Your focus as a photographer is head to toe. Get the outfit, get the shoes, get the great big hat…; get everything. What the hell is the difference between that and David Bowie dressed in drag playing the Marquee Club? There is no difference. He had it all. He was larger than life. And the music was great (snickers).”

Stevens’ work can be seen in Paolo Hewitt’s recent hardcover, “Album By Album,” (Carlton Books) which takes the reader on a detailed artistic journey of Bowie’s career, from his debut album up until 2003’s “Reality” release (he has a new record, “The New Day” — his 28th album, and first studio release in a decade — due out in March of this year).

“I first shot Bowie at the Rainbow Theatre (in London) in the early ’70s,” says Stevens. “He was with the Spiders from Mars. We (Joe, and journalist Charles Shaar Murray) were still in the underground press at that time, with few connections. We sat in the balcony. I shot a bunch of photos that Charlie hid in his sock (the film) due to a fear of security confiscating the roll. We thought we’d get the photos published in some underground rag, but they wound up getting picked up by the New Musical Express (NME), which we then took over (literally) minutes later (laughs).

Here are some pics of Bowie by Joe. Click on the thumbnails for bigger images. 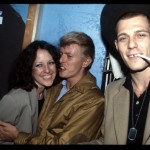 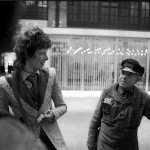 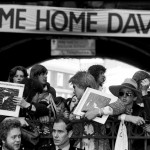 At Londons Victoria Train Station where the Thin White Duke returned from France by Hovercraft and train. At that time he didn't fly. Pic: Joe Stevens 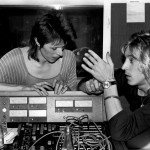 David working at the studio in the Chateau d'Heroville inFrance. With Spiders From Mars leader Mick Ronson. Pic: Joe Stevens 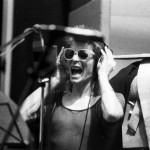 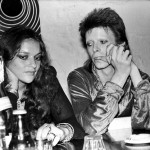 "Joe Stevens isn't a rock and roll photographer. He is rock and roll. He uses words like "Yackety Yack" and signs his e-mails-"Cheers and Tables!". By its nature, Stevens says,"Rock and roll is a celebration of life!"
– Adam Coughlin, Hippo Press