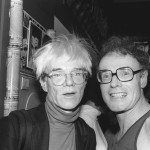 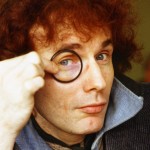 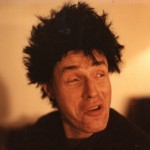 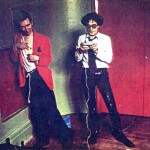 by Anne Bryant
originally published in the Portsmouth Herald (1/31/2008).

Let me tell you what I know about Joe Stevens. He’s got the candor and the lost consonants of a New Yorker. And, well, he is one. He saunters a bit. He’s direct, refreshingly open and probably carries a huge heart in that chest of his. He’s been able, through many years now, to lull performers into comfort that shines through the camera. His prints stick with you long after you look at them because of their earnestness. I’ve heard that his place is a veritable — a beautiful haven for years and years worth of negatives, still brought to life with skillful development techniques. There were no digital cameras when most of these gems were taken.

I mean, the man tells stories about Joey Ramone over Coca Cola. He’ll wax lyrical about the national music scene as though it were the playground of his youth— and I reckon it was. And by divine providence he found his way to wee Portsmouth and calls it home.

He told me once during a conversation at the Press Room that he was beginning the arduous process of converting his photos into digital media so his body of work could be preserved. He also mentioned that he’s launched a Web site— www.joestevens.com— where you can send messages and requests to him.

Photographs of his work can be seen at Ceres Street Bakery right now, and as always are modestly priced and simply displayed. The quality inherent in his work comes from some sort of delicate magic or incredible luck, deftly maneuvering his way around back stage areas, bars, clubs and concerts to get these. Hurry over there to get a peek at Johnny Cash— and go ahead and have a scone.